Anne Fine was the second Children's Laureate (2001-2003). She received an OBE in the 2003 Queen's Birthday Honours list. In the same year, she was elected as a Fellow of the Royal Society of Literature.

She has twice won the Carnegie Medal (for Flour Babies and Goggle-Eyes) and twice been named in the British Book Awards as Children's Author of the Year (in 1990 and 1993).

In 1986 Anne received a Scottish Arts Council Writer's Bursary, and in 1998 she was the UK nominee for the Hans Christian Andersen Author Award. She was Listening Books Children's Author of the Year in 1998, and in 2010 she won the inaugural Good Writing Award. 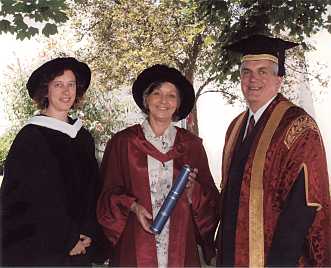 She holds honorary degrees from three universities, and received the University of Northampton Fellowship of the College in 1993:

Anne Fine's books have won many awards and prizes, not only in English-speaking countries but also in other countries where her books are available in translation. Full details are listed on the pages about the individual books (where you will also find additional information about some of the awards), but a selection of the outstanding awards are listed below: