THE ONLY CHILD CLUB 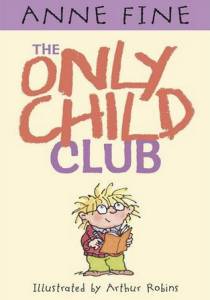 Ryan wants to start a club. An Only Child Club.

He knows that as an only child he doesn't always have the same experiences as some of his classmates. He recruits two similarly deprived friends who join him in an experimental few days of constant bickering, fighting over who gets the free gift from the cereal box and spending a whole day making a model, only to have it destroyed.

Having had a taste of what it's like to have siblings, the club is happily disbanded and the trio realizes that friends are nearly as good as having brothers and sisters - and often less annoying!

The Only Child Club is a book for everyone who loves Nag Club - and now there's The Party Club to enjoy, too!

It is a book for younger children by Anne Fine, with illustrations by Arthur Robins. It was published by Walker Books on 1st August 2013.

Buy The Only Child Club from