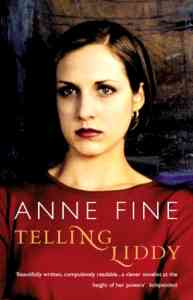 The Palmer sisters are close. They see each other often, they care for one another's children and houses and pets. They lend each other books, spare heaters and clothes for special occasions. Their phones ring in a ceaseless chat about in-laws and job plans and anxieties and triumphs. They never keep any secrets from each other - until now.

Stella tells Bridie a rumour she's heard about Liddy's new boyfriend. Bridie is shocked, and discusses it with Heather. But should they tell Liddy, and risk ruining her new-found happiness? Bridie persuades her sisters that they should, but when Liddy reacts badly, the other two backslide and Bridie becomes the outcast, bereft of the sisterly support system on which she has based her whole life.

People can vow to give up alcohol or cigarettes or cake, and next day they'll be at it again. Family rifts are quite different. Resentments breed and grow until the day that you hear someone say, "I'm never, ever speaking to her again!"

And, sure enough, they don't.

Telling Liddy dissects just such a fall-out. I loved the 'unpicking' nature of the story, which appealed to everything that fascinates me about the complicated emotional and moral refractions in families. Who's more to blame depends upon exactly where you start the accounting, and what you value in life. It doesn't help that family members often have nothing in common, and would even dislike or despise one another if they met as strangers at a party.

The book apparently causes huge arguments in book groups, with people taking sides almost as virulently as if they were the sisters in the story. I reckon you can tell a lot about someone from how they respond to this novel...

"Anne Fine writes with the touch of an avenging angel: flawless prose, perfect pitch, and a follow-through that knocks the wind from your lungs"

"This lively, funny novel is one of those books that makes you wince with delight at, and horrified recognition of, Anne Fine's talent at peeling away our carefully maintained ideas of ourselves"

"Beautifully written, compulsively readable... a clever novelist at the height of her powers"

"Her copious and often comical dialogue rings entirely true (a rare gift), while out of the ephemera of everyday life she constructs a tale of lasting power; Fine lives up to her name"

Telling Liddy has been translated into French, German and Italian.